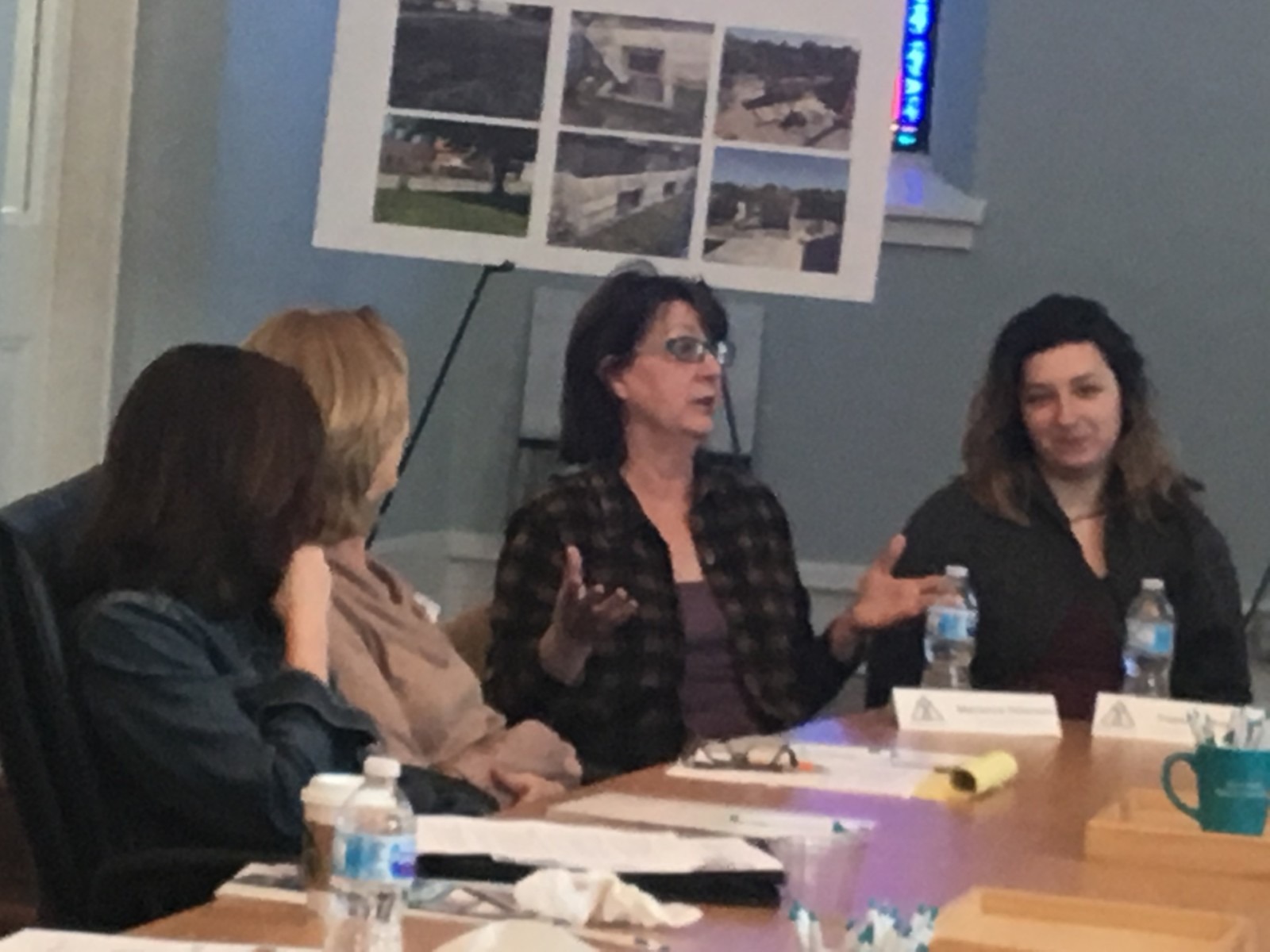 ACTS Housing is in the running to receive $100,000 from Impact 100, a collective woman’s philanthropy group, in the family category.

According to its website, awardees in the family category are “projects or programs that strengthen or enhance the lives of children, adults and families living in the Greater Milwaukee area.”

The panel was moderated by ACTS Housing’s Director of Development Rebecca Stoner.

“I had a beautiful experience with ACTS,” said Sofi who recently bought and rehabbed her home on Milwaukee’s North side. She said that although it was tough, ACTS Housing staff provided motivation to see the process through.

“We never lost faith because of how we were treated by ACTS staff,” Sofi said.

With the guidance of ACTS Housing’s Rehab Counseling team, Sofi and her husband (along with the help of her in-laws) started and completed the heating, plumbing and electrical rehab projects in just two months.

Her project remains one of the fastest home rehab projects the rehab team has seen.

The other panelists echoed Sofi’s sentiments about the level of inspiration they received from ACTS Housing staff.

“Their job was me,” Marianne Peterson said. “They will find a way to make this happen for you,” she said.

More than the experience at ACTS, panelists said that homeownership has greatly impacted them.

“It feels wonderful,” said Ashlee Crowder. “I don’t pay too much for my [rehab] loan. I just want to pay it off so that ACTS can help another family.”

Homeownership has also been a beacon for creative expression particularly for the Peterson-Sellhausen family who are artists.

“I am happy I finally have a place to lay out and work on my art,” said Treesa Sellhausen, daughter of Marianne Peterson.

Most, if not all, of the panelists said they continue to be excited about telling everyone about ACTS.

Marianne, who works at a hospital, carries ACTS business cards to work for the nurses who often complain about their rental properties.

“It all boils down to not being able to afford rents anymore,” she said. “There’s no security in renting and there’s no negatives to owning.”

The winners of the Impact 100 will be announced at a June 6 award ceremony.