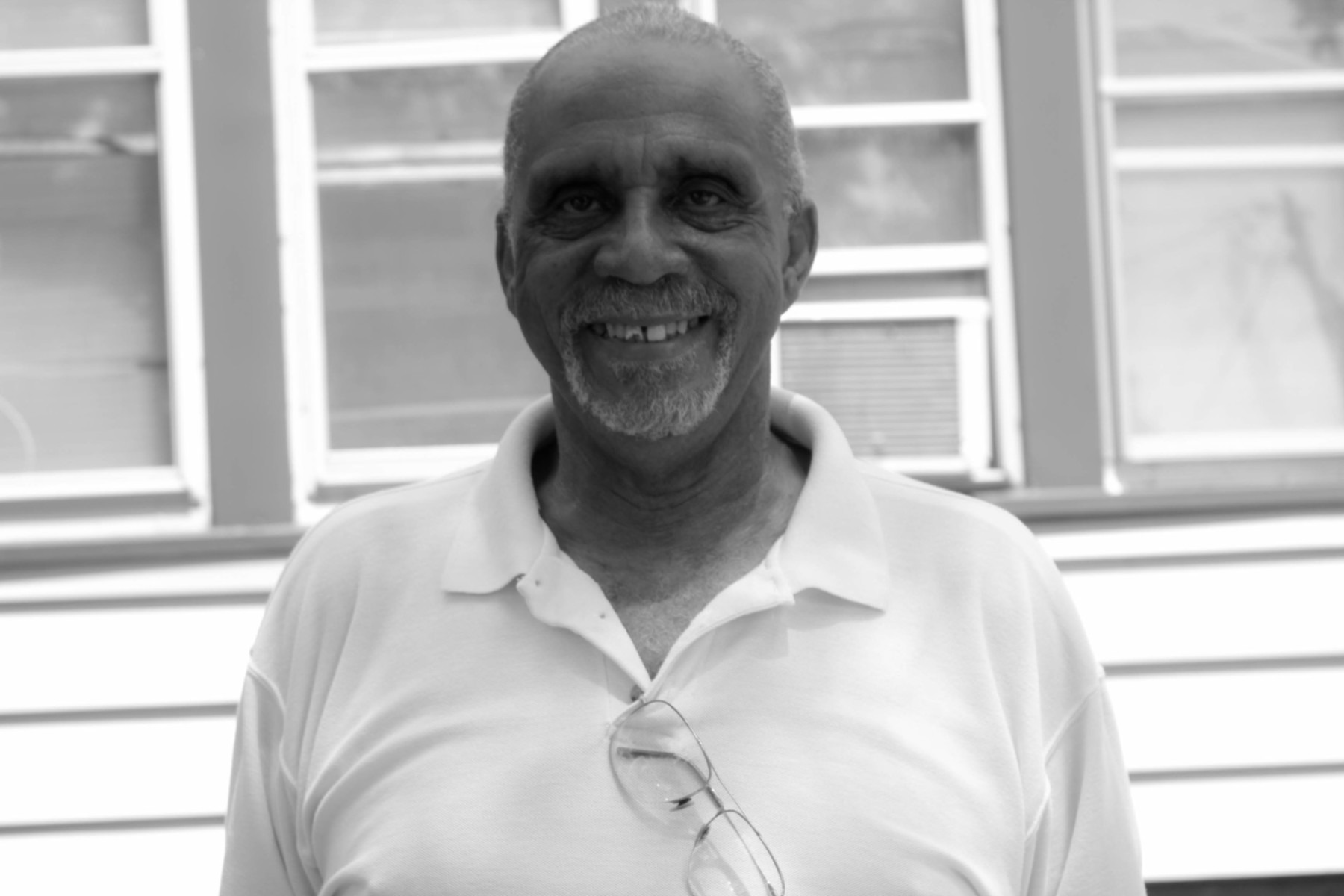 James Reynolds received one of our first-ever Homeowner of the Year awards at our Longest Neighborhood Table event on Aug. 2. Read more about him below!

Although James was renting, he took care of the home on 9th and Nash as if he owned it. He purchased it in April. He took great care to ensure that the plumbing, a pain for homeowners, was always working smoothly.

“The best time to take care of plumbing issues is in the summer,” he said. “During the dog days of summer everything in the drain is mushy.” He says doing this will save money in the long run. A plumber will charge $240 to rod you out, he says.

“I don’t care if you rent or own, who wants a backed-up tub?” James, 72, has had several jobs, and when he had been working in hardware he says he just “picked up things from plumbers.”

He was referred to ACTS by the city and worked for 4 months to get ready for his purchase. James’ determination struck his Homebuyer Counselor Tony Bell.

“He came to orientation with a bag full of papers,” Tony said. “He was ready to get started.” James’ home needs $23,000 in repairs including work on the tiles, kitchen floor, and ceiling.

“It just needs a little love,” he said. The work should be no problem for James, he has a background in hardware, maintenance, locksmith and electrical work.

“I’ll let the contractors do it, but once they’re done—I got it,” he said. Love isn’t too far away from James’ home. His daughter lives four houses down, and it’s easy for him to see his grandchildren.

James is happy to have bought a home when he did.

“Some things come to people when they’re young, but I saved the best for last,” James said.

James’ Plumbing Tips
1) Clogs are mostly hair. Learn to rod yourself or pay a plumber to do it for $200.
2) The best time to do plumbing work is in the summer; any clogs are mushy from the heat.
3) Flush all the drains in your home at the same time. They’re all connected.
4) Don’t use acid-based chemicals. Use Drano crystals or Liquid Drano.
5) Doing this regularly will save you money and time in the winter months.

Watch a video of James interviewed by veteran WI sportscaster Tom Pippen below!