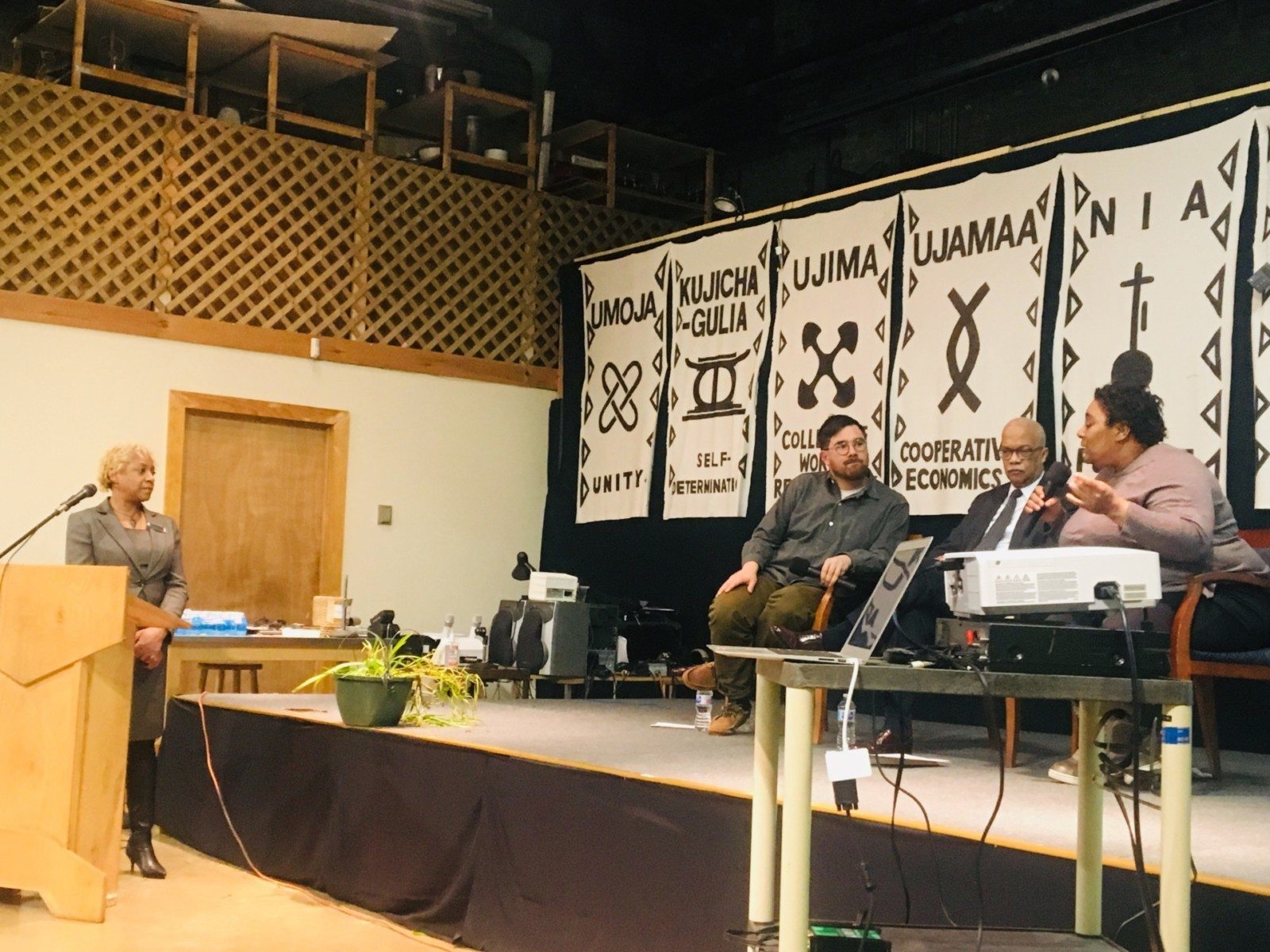 On February 26, about sixty people joined ACTS Housing as it hosted its panel discussion “Locked Out: Solutions to the Black Homeownership Decline” at the Wisconsin Black Historical Society, 2620 W. Center.

The panel came on the heels of the 2018 community-wide reading of The Color of Law which examined the federal, state, and municipal policies that kept African-Americans from participating in homeownership.

The legacy of those laws was a pointed feature in the discussion.

Carr, who co-led the city’s commemoration of the 50th anniversary of the March on Milwaukee, showed a few photos and news clips that illustrated the pervasiveness of housing discrimination in the city.

“It is important because this happened on the streets of our city,” Carr said. “One of the most important civil rights movements of our time happened in Milwaukee…we don’t talk about that largely because of white shame and the fact that we don’t want to admit that our institutions were built on racism.”

“Property is, in fact, what leads to wealth…these institutions were designed to institute division, and maintain that division,” Tisdale said.

Cross urged creativity to get African-Americans into homeownership and to keep the community in mind.

“Start investing in human capital. People can’t keep up with the income requirements of these banks. The excuse is if they don’t have the money they shouldn’t own a home, but we got people spending $1200 a month on rent, we’ve got people who can own a home,” Cross said. “We have to push the City and businesses to think differently and tell them, if you aren’t going to support the community, we won’t support you.”

Tisdale stressed the need for education.

“Homebuyer counseling and education is key. Residents need to know what it takes and what to do, that’s key.”

Cross believes the solution is in stakeholders being active in the community.

“ACTS Housing came to our community and did a presentation…ACTS is showing them up, showing that all the excuses are just that: excuses,” she said. “ACTS is trusting people that nobody else trusts. They are lending money that no one else will lend to.”