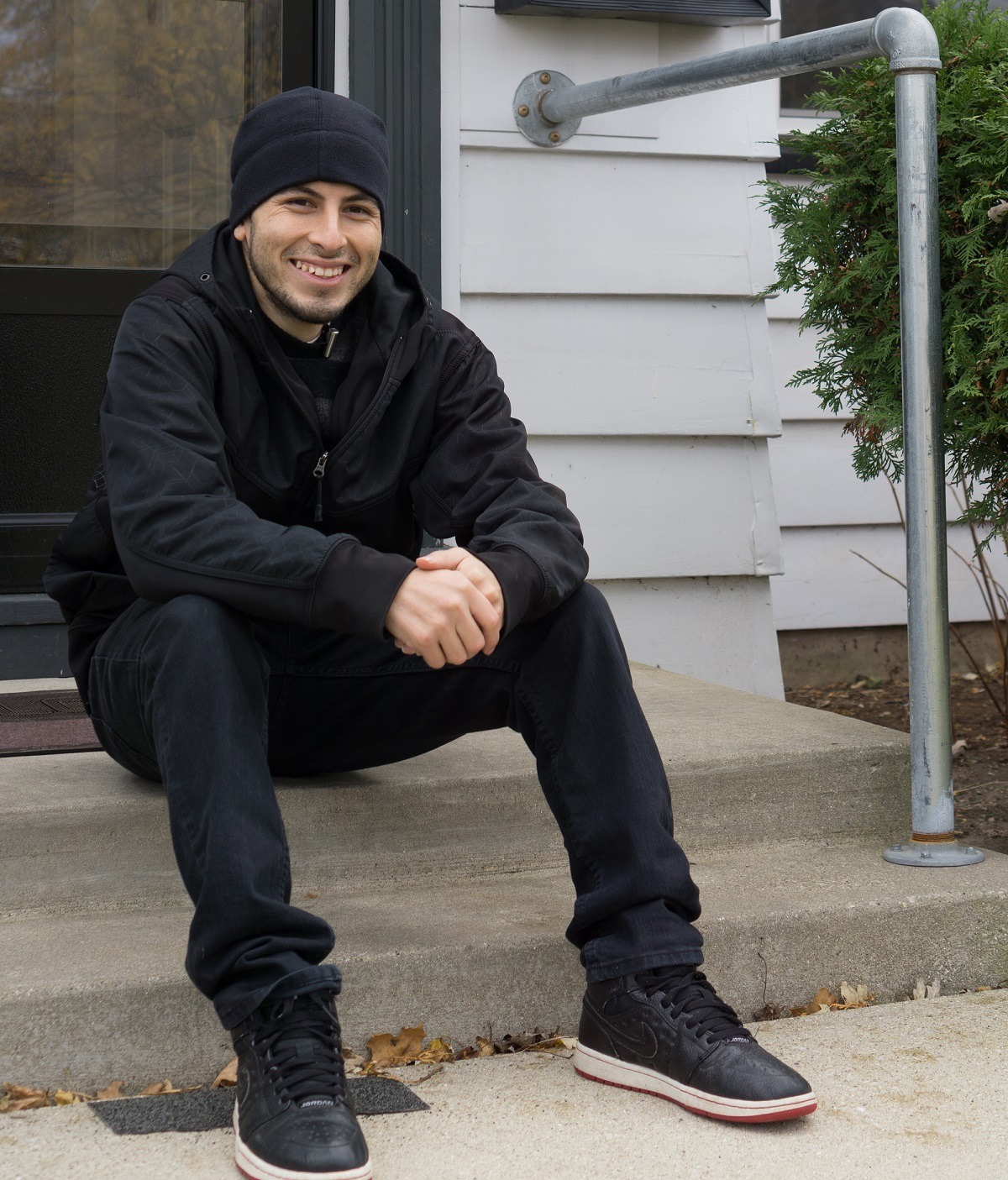 When Will was accepted to study postgraduate Counseling Psychology at UWM, he had one big question: “Can I afford to live there?”

Growing up in California as one of five children, housing was always difficult to find for Will’s family. His mother had only a farm worker’s salary to support the family, and as a single mother, her salary had to go a long way. Will never imagined as a child that he would someday be able to own his own home.

When Will studied for his bachelor’s degree back home in California, the cost of housing near the university was, in his words, “ridiculous”. During his three-year program, he lived in an apartment which he shared with 5 other people, and each person was paying $1,300 a month in rent. By the time he finished his degree, he had paid over $50,000 just in rent to live close to his school in California.

When he considered moving out to Wisconsin, he researched about housing online before accepting his place at the University of Milwaukee, because he knew he did not want to repeat the same rental experience that he had in California. He discovered ACTS Housing and saw that some houses in the city could be purchased for only $5,000 – $10,000 and then rehabbed.

“I was just like, wow, this can’t be true,” Will says, “I just didn’t believe you would be able to live in your own house for that price.”

He contacted ACTS and attended one of our workshops, where he learned about the entire home buying process and met several team members. Will worked side-by-side with ACTS realtor Mary, traveling all across town and finding what would be just the right home for him. The house he ended up purchasing through ACTS was in almost perfect condition, and needed barely any rehab or remodeling work. It cost him only $27,700.

Will explains, “It was extremely helpful for me to have ACTS Housing there, because I personally didn’t know anything about purchasing a home. I didn’t even know where to start.”

Will feels a great sense of freedom and pride in his home ownership, as he says, “I no longer have the burden of having to pay somebody else’s mortgage. I no longer have to pay the rent. I’m no longer attached to my landlord.”